The city you inhabit is filled with messages, images and texts that tell you to buy, feel or think something specific. All surfaces where different messages are presented are owned by someone and it’s the owner who decides which messages   get presented. The only surface which is completely yours to decide over is your own body and the clothes you are wearing.

In the ’Say it!’ project I printed T-shirts for people giving them a chance to put forward their own message. I was making the t-shirts in public places for anyone that wanted them. The T-shirts were free of charge and I was photographing the people wearing their text t-shirts.

Because a lot of people wanted the T-shirts, I continued with a Do-It-Yourself version of the project. One could take part in the project by ordering a stencil and black textile color to print up a T-shirt. The stencil and textile color were free. I asked everyone that ordered the stencils to photograph themselves wearing the T-shirt. The photo was to be taken in a public place. 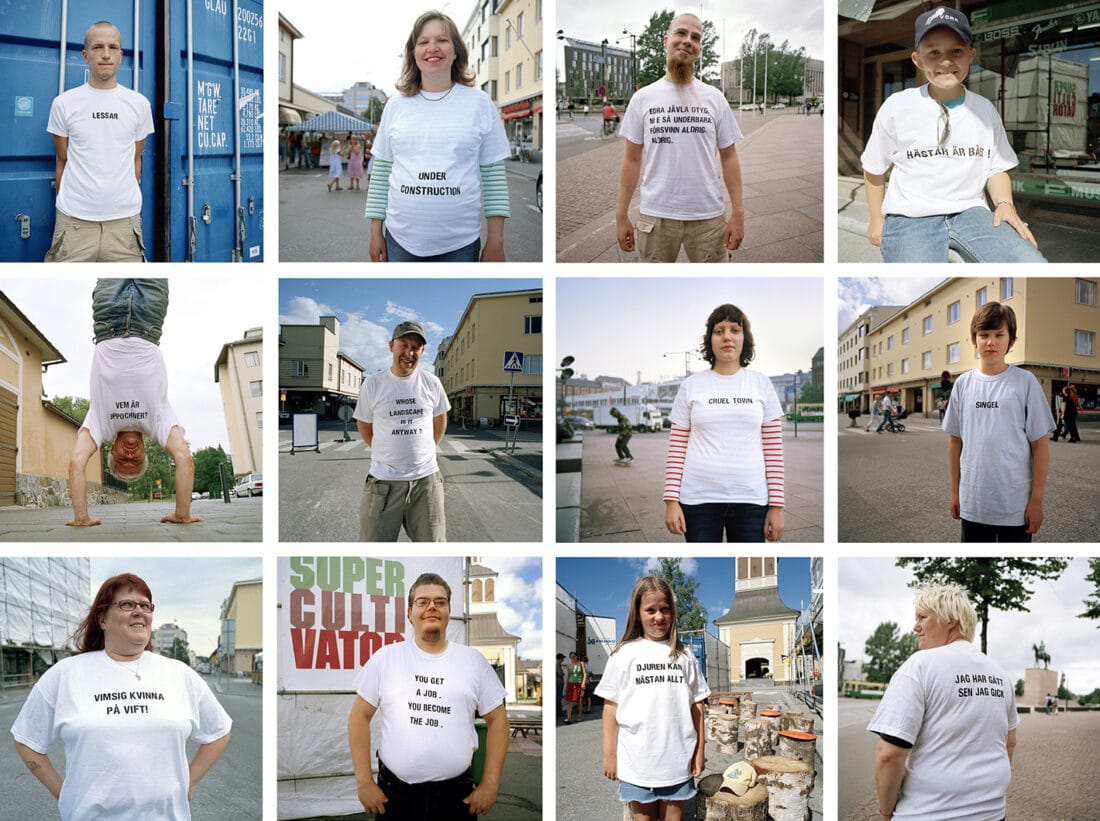 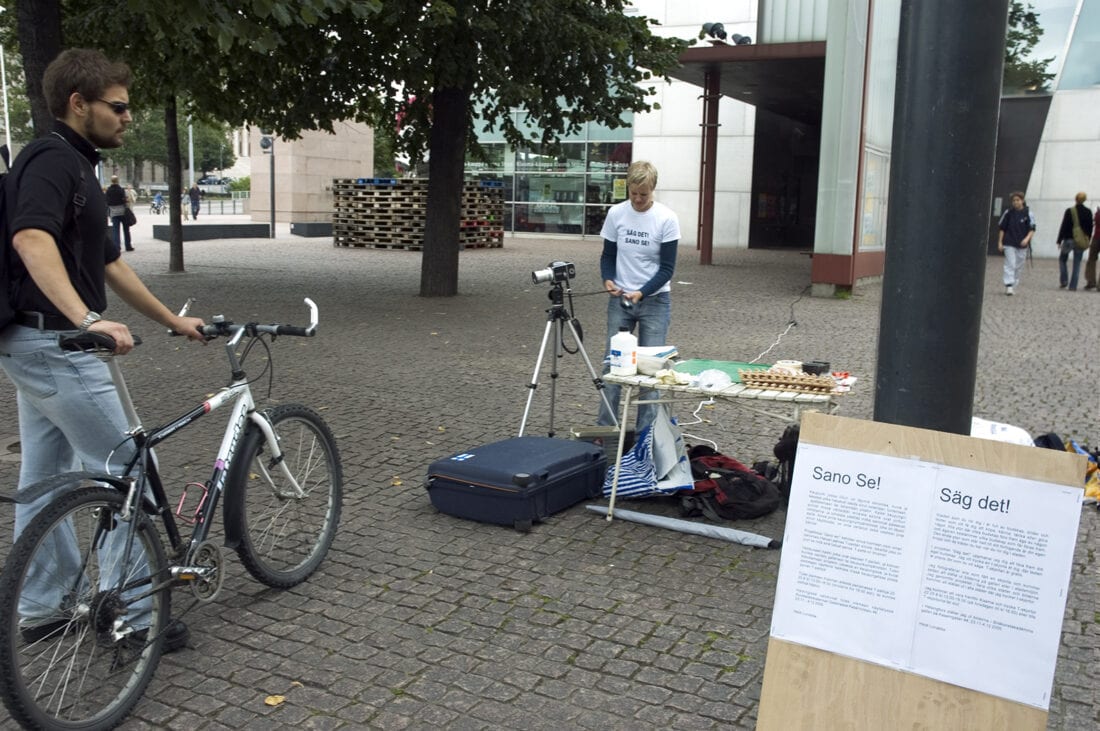 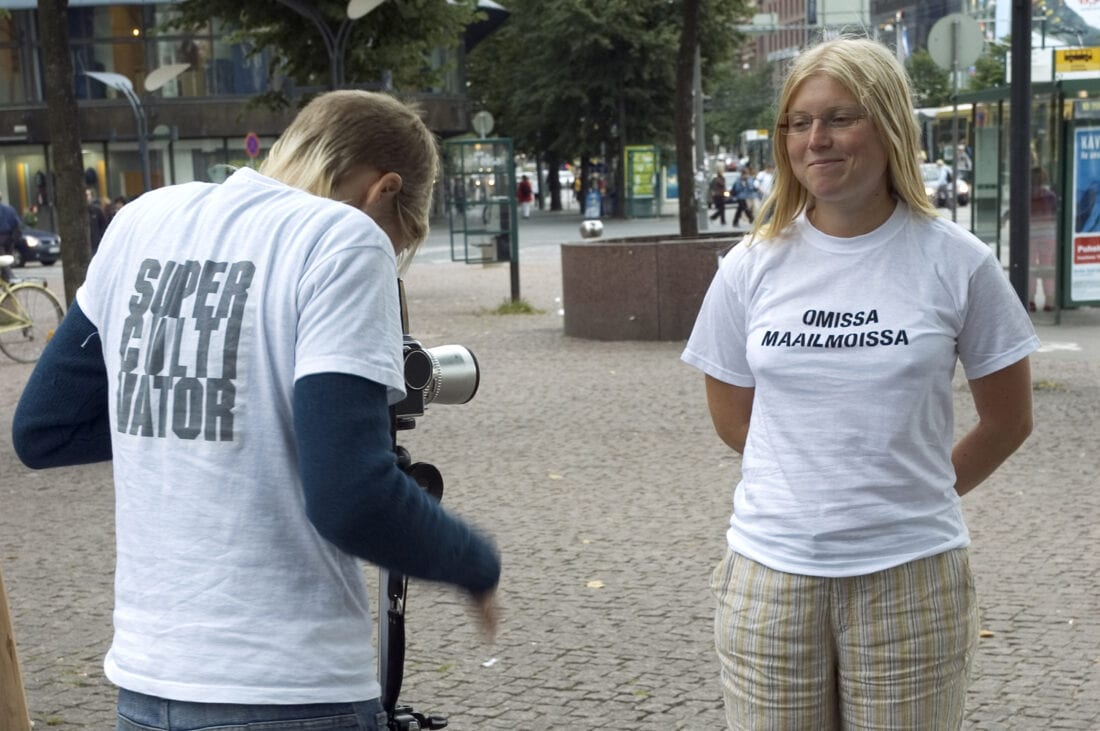